How does the Spinning Rotor Gauge work?

The Spinning Rotor Gauge (SRG) system is comprised of a measuring head, a control/read out unit and a stainless steel measuring tube containing a 4.5 mm ball-bearing ball serving as the pressure sensor.

The measuring head contains the magnet and coil system needed for levitation, oscillation damping, acceleration, speed sensing of the sensor ball and includes a temperature sensor.
The measuring tube is sealed at one end while the other end is attached to the vacuum chamber, either by welding or by means of a flange connection. Measuring tube and sensor ball are therefore part of the vacuum chamber. 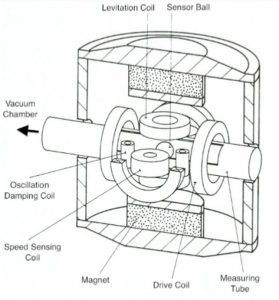 The sensor does not need any mechanical or electrical feedthroughs to the outside. For measurement, the Spinnin Rotor Gauge measuring head is pushed onto the measuring tube, vertically adjusted by means of the integrated bubble level and then fixed. During measurement, the sensor ball will be levitated by a magnetic field and will rotate freely with negligible friction. The sensor ball is accelerated to a speed of more than 600 rps and then allowed to coast. The sensor experiences a drag caused by tangential momentum transfer from the incident gas molecules inside the measuring tube (molecular drag). 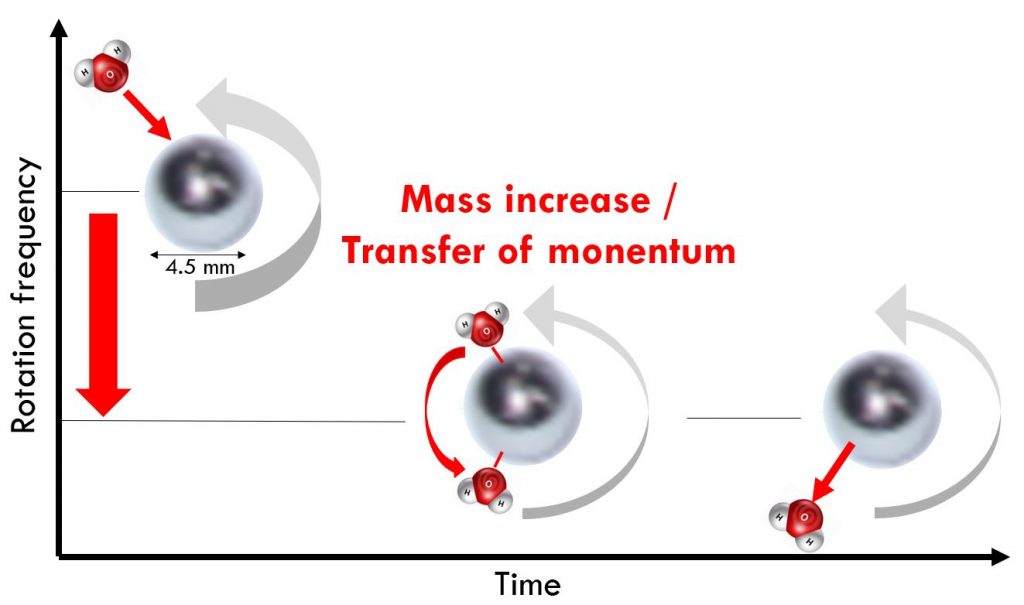 The angular speed of the sensor ball is measured continuously to determine its rate of slowing down. It can be shown that in the molecular regime, below 10-3 mbar, the relative deceleration rate γ of a freespinning sphere is proportional to the gas pressure p and inversely proportional to the mean molecular speed c, according to the formula:

where σ is the effective tangential momentum accommodation coefficient (the friction coefficient), ρ is the density of the sphere, and a is the radius of the sphere. The coefficient σ represents the degree of tangential momentum transfer; it has the value 1 if the momentum is transferred completely. With the sensor balls used, the deviation of σ from this ideal value is less than 1%. The VIM-1 therefore, is a fundamental gauge, as is a liquid column gauge, which needs no calibration. With rising pressure above 10-3 mbar, the pressure dependence of γ decreases slightly because of the increasing influence of the gas viscosity; incident molecules collide with molecules leaving the sensor. This saturation effect can be modelled precisely and can thus be compensated for if the (temperature-dependent) viscosity of the gas and the temperature are known. The latter is continuously provided by the integrated temperature sensor. The VIM-1, Spinning Rotor Gauge uses an appropriate linearization algorithm during pressure calculation. If the sensor ball is handled properly, its friction coefficient σ does not change over time. The Spinning Rotor Gauge, therefore, exhibits an excellent long-term stability and reproducibility.

The unit never needs recalibration, since possible aging of the electronic circuits does not affect the reproducibility of the measurement readings. 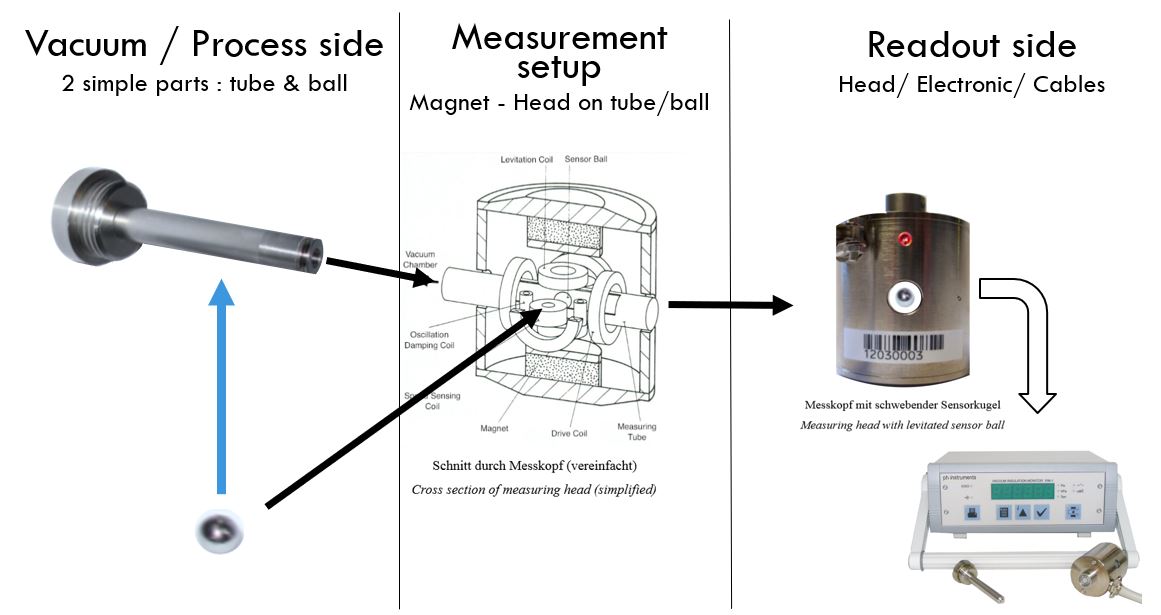